← more from
Astigmatic Records
Get fresh music recommendations delivered to your inbox every Friday.
We've updated our Terms of Use. You can review the changes here. 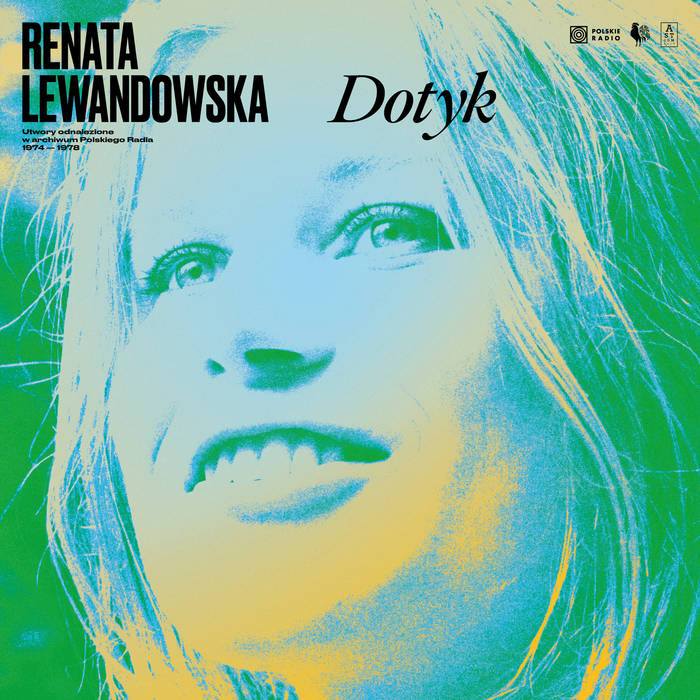 Flynnoo Great album.
A combination of Polish popular music of the 70s with the atmosphere of funk, which Poles of that period did not seem to feel.

A twisted chain of events that led to the release of this album could make up the script of a good film. Its main character is Renata Lewandowska - a singer who marked her presence in the seventies but who unfortunately never got to see her album released... until now. After over 40 years, two independent labels, Astigmatic Records and The Very Polish Cut Outs, join forces under the aegis of Polish Radio to present the singer's debut album titled "Dotyk".

Throughout her career Renata Lewandowska has worked with such artists as Andrzej Trzaskowski, Agnieszka Osiecka, Wojciech Młynarski, Juliusz Loranc, Ryszard Marek Groński, Novi Singers, Bemibem and Alibabki. However, despite such a noble group of collaborators, she did not manage to break through to the mainstream. The music of Renata Lewandowska seems to escape the standards of her time. The singer’s rich, multi-octave vocal was and still is impressive. Although pigeonholed like many other artists of that time under the “Big Beat” label, the artist may be considered one of the few soul singers in Poland. She was even compared to Janis Joplin and Aretha Franklin.

Regrettably, Renata Lewandowska's work did not find a wider audience in 1970s. Towards the end of the decade she decided to give up her career as she didn't see a future for herself in the music industry of that time, leaving behind only one seven-inch single record "Dotykiem chcę dziś poznać wszystko" ("I want to know everything by touch today"). Four decades later, this record turns out to be a rare, precious treat for every Polish vinyl record collector.

This lingering soul ballad became the impulse to track down the singer. Two independent Polish labels, Astigmatic Records and The Very Polish Cut Outs, were searching for the artist at the same time. Eventually, they decided to jointly release a previously unpublished material found in the Polish Radio archives and arranged into a concept album together with Renata Lewandowska; the story of the singer and the music from this album was written down in the booklet accompanying the LP.

It is summer romance with its beauty, innocence, naivety and fleetingness that remains the leitmotif of "Dotyk" ("Touch"). The beaches, the seaside and forests constitute an integral part of the compositions, while the hot summer days of the 70s seem to be no different than those of the present. Despite the softness of the main theme, there are also more pressing issues such as feminism ("Kropelka egoizmu") or the degradation of the planet ("Olbrzymi Twój cień") present on the album, issues that seem to be more relevant than ever.

"Dotyk" by Renata Lewandowska comprises 9 pieces recorded between 1974 and 1978 in the studios of the Polish Radio. The album came into being as a result of cooperation between The Very Polish Cut Outs and Astigmatic Records, and the material is released by Agencja Muzyczna Polskiego Radia (The Polish Radio Music Agency). The album will only be available on vinyl. Marcin Cichy from Skalpel is responsible for mastering.

Bandcamp Daily  your guide to the world of Bandcamp

Alex Rita and Errol from Touching Bass feature in our special London edition of the Bandcamp Weekly.